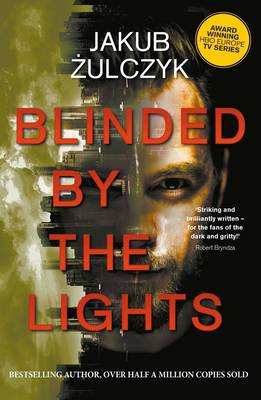 'Tough, knowing, high-octane crime fiction... Los Angeles has James Ellroy, Boston has Dennis Lehane, Oslo has Jo Nesbo. And Warsaw has its own two-fisted crime laureate in Jakub Żulczyk. Already a massive bestseller in Poland, this is brilliant stuff from a fresh new voice in crime fiction.' Tony Parsons

'Jakub Żulczyk's Blinded by the Lights is dark, dangerous, and seductive. A multi-layered story that - like his anti-hero's product - will assault your senses and leave you craving for more. This is post-Communist Warsaw, but it could be Moscow, New York, or London. A truly terrific piece of writing and I can't recommend it enough.' G.D. Abson

'A striking novel, brilliantly written - for the fans of the dark and gritty!' Robert Bryndza

'This gothic odyssey... is decidedly not for the faint of heart' Publishers Weekly

Kuba is a cocaine dealer in the dark, electric streets of Warsaw, believing he is smart enough to stay in control, unlike the top lawyers, doctors, TV personalities who are his client base.

However, after calling in the debt of a failing nightclub owner, breaking his own rules on other people's property and being caught in the consequences of his clients' actions, all control starts to slip from his grasp.

Now suffering under the glare of the spotlight and dragged into the dark underbelly of the drug world, Kuba must find a way through the middle of the whirlwind of violence and betrayal sweeping him away.