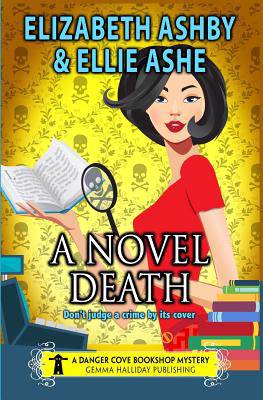 From USA Today bestselling authors Ellie Ashe and Elizabeth Ashby... When Meri Sinclair inherited Dangerous Reads, she didn't just get a bookshop. She inherited a legacy. It's Danger Cove's only bookstore, and her grandmother had made sure that it's a warm and friendly places for readers of all ages. Determined to get off on the right foot, Meri has organized a series of author readings, starting off with Cal Montague, a Danger Cove native who grew up to become a solid B-list actor, and his tell-all his memoirs, Tales I Shouldn't Tell. Only the actor turns out to be a difficult diva, and before the inaugural event can even start, Meri finds the guest of honor in the alley-shot dead. Turns out someone else thought Cal shouldn't be telling tales, too. With motive and opportunity, the police have Meri in their sights. To save her business and her own skin, Meri turns to her small staff of part-time employees for help. Along with some assistance from Danger Cove's hot new veterinarian, Meri, sets out to help the Danger Cove police-whether they appreciate it or not-before the murderer returns for a sequel. "The Danger Cove series continues to entertain as it showcases the talent of the GHP writers. Each book reads well as a stand-alone but is better in the serial context!"
Authors on the Air The Danger Cove books:
Secret of the Painted Lady (book #1)
Murder & Mai Tais (book#2)
Death by Scones (book #3)
Patchwork of Death (book #4)
Deadly Dye & a Soy Chai (book #5)
Killer Clue at the Ocean View (book #6)
A Christmas Quilt to Die For (book #7)
A Killing in the Market (short story in the "Killer Beach Reads" collection)
Killer Colada (book #8)
Passion, Poison & Puppy Dogs (book #9)
A Novel Death (book #10)
Clues in Calico (book #11)
Sinister Snickerdoodles (book #12)
Hurricanes & Heroes (book #13)
A Death in the Flower Garden (book #14)
Divas, Diamonds & Death (book #15)
A Slaying in the Orchard (book #16)
A Secret in the Pumpkin Patch (book #17)
Deadly Dirty Martinis (book #18)
A Poison Manicure & Peach Liqueur (book #19)
Not-So-Bright Hopes (short story in the "Pushing Up Daisies" collection)
Tequila Trouble (book #20)
Deadly Thanksgiving Sampler (book #21)
Killer Eyeshadow & a Cold Espresso (book #22)
Two Sleuths Are Better Than One (book #23)
Dark Rum Revenge (book #24)
Cozy Room With a Killer View (book #25) Rating: This book does not contain any graphic sex, violence or swearing. It's rating is similar to a PG-13 movie or network television show.