For Becket "Cat" Rowland, falling in love has never been easy. The summer he meets Micah Forbes, the intensity of his feelings brings back all the memories of eight years earlier.

Following a brutal attack that left him nearly dead, Cat is a mess inside and out. To cope with the trauma and with his view of himself that he's nothing but an empty shell, he's taken three vows: simplicity, chastity, and silence. His once colorful, trendy, and often feminine wardrobe has been replaced with jeans and t-shirts, and he's sworn off men. He locks himself away from the world, using the memorized prayers of his childhood as his only speech.

Cat is lost to himself and everyone around him until another hospitalization introduces him to nurse David Simms. David takes Cat's silence in stride, caring for him without pushing and slowly building Cat's trust.

Outside the hospital, Cat discovers he has more in common with David than he knew, and they begin to build a friendship. As it slowly grows into love, David reveals his own need for someone to take him as he is. Cat begins to let go of his vows one by one, only holding onto the silence.

Despite how far he's come, Cat's increasingly severe panic attacks threaten to undo everything David has helped him build. Cat's only hope is to break the final vow and tell the truth about the night of his attack. When David fails to keep a promise he made to be there for him, Cat has to stand on his own and prove to himself he's strong enough to survive. 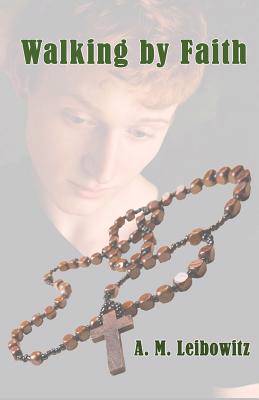