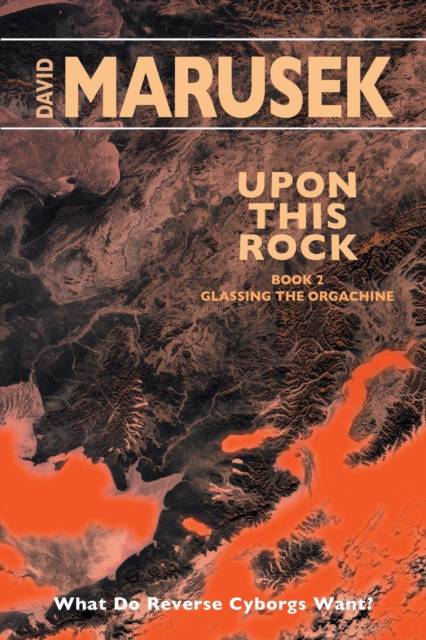 From the alien's point of view, its First Contact with earthlings (Book 1) is a bust, but at least it has survived the ordeal.

After executing an emergency landing on the nearest inhabited rock, the celestial being is captured by the Prophecy family and locked away in their doomsday mountain retreat. There it speaks to them in their natural language of fundamental Christianity and appears to them as Martha, a Seraph in the First Rank of the Ninth Order of Archangels. Archangel Martha bears the key to the "Pit of Hell," a necessary component of God's final victory over Satan.

But the angel has been grievously wounded in the War in Heaven and is unable to fly. So she pleads with Poppy Prophecy, the strict patriarch of the large Alaska family, to risk the family's lives and resources to help her summon "heavenly hosts of angels to my aid," before Satan's army of demons can locate her.

Poppy agrees to light a beacon capable of being seen from the Throne Room of Heaven. But the beacon's radiance is too faint, and the Prophecys soon see through Martha's subterfuge. They cast her out of their mountain keep, but not before blood is spilled.

What Do Reverse Cyborgs Want?

In Book 2, the heavenly visitor must quickly find a new human host to assist in its rescue plans. It reveals itself to park ranger Jace Kuliak as a stock Hollywood sci-fi space alien and pleads with him to help it "phone home." By this time, the "War in Heaven" has spilled over into our solar system, and Jace must bear the burden of deciding the fate of humanity.