The Role of Terrorism in Twenty-First-Century Warfare

The role of terrorism in twenty-first-century warfare is a critical reflection on the major armed conflicts occurring during the 1990s and the first decade of the Twenty First Century. Conflicts in Bosnia, Kosovo, Chechnya, Iraq, Afghanistan, and Syria all involved the use of terrorism by one
or more groups. Turning to the future, the book asks what does this mean for violent conflicts yet to come? Using a variety of case studies, Weinberg and Martin provide a systematic and comprehensive analysis of the role played by terrorism as a stand-alone tactic as well as one used to ignite broad-scale conflict, asking whether terrorist violence occurs during the early stages of an insurgency, as a
leading indicator of a wider conflict, or if it is employed throughout the conflict's duration? The work also poses the question on what occasions does terrorism tend to occur as an armed conflict begins to subside, and when, in other words, is it a trailing indicator? This book is the product of Weinberg and Martin's thorough investigations into the role and timing of terrorist violence in multi-dimensional conflicts. It is an essential text for understanding the role that acts of terror play in contemporary warfare and future conflicts. 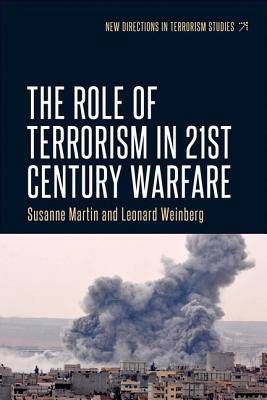