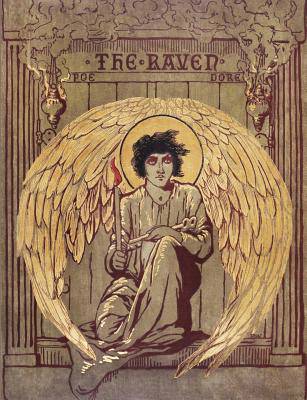 Edgar Allen Poe was central to the American romantic movement in literature, as both a poet and a writer of fiction. He was one of the inventors of the horror story and of the mystery story. "The Raven," written in 1845, was his most successful poem. His father abandoned his family at the time of his birth, and his mother died when he was one year old: his difficult childhood and the financial difficulties that came from supporting himself purely by writing undoubtedly contributed to the overwrought emotional tone of his writing. He died in 1849, at the age of 40, after he was found wandering the streets of Baltimore in a delirium, wearing clothing that was not his own and talking incoherently. The cause of his death is not known.

Gustave Doré was an artist, sculptor, and one of the greatest book illustrators of the nineteenth century, famous for his illustrations of Don Quixote, the Bible, The Rime of the Ancient Mariner, Paradise Lost, Idylls of the King, the Divine Comedy, and other books. A New York Published paid him 30,000 Francs for his illustrations for "The Raven," which was published in 1884. France made him a Chevalier de la Legion d'honneur in 1861. He died at the age of 51 in 1883.

Unlike other editions, this edition includes the entire text of the poem on the pages facing the appropriate illustrations, so you can read Poe's poem while enjoying Doré's art.

NOTE: The reviews of this book on amazon and the links to other formats apply to all editions of "The Raven," not to this edition. Amazon will not unlink this edition's page from other editions without written authorization from the author - which is a bit hard to get from someone who has been dead for over a century and a half. 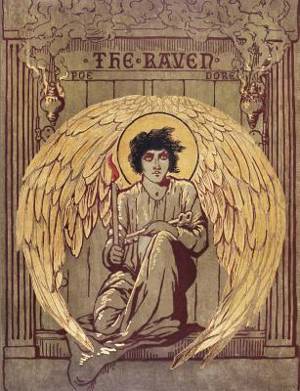