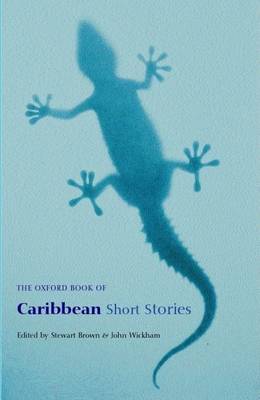 Some of the freshest, most vital, and diverse new literature written in the twentieth century has emerged from the Caribbean. And central to Caribbean literature is the short story, with its ties with the oral tradition. Now, The Oxford Book of Caribbean Short Stories, edited by Stewart Brown and John Wickham, brings together fifty-two stories in a major anthology representing over a century's worth of pan-Caribbean short fiction. This breathtaking collection is unique--and indispensable--in its inclusion of authors from the English, French, Spanish, and Dutch-speaking Caribbean. The distinctly Anglophone viewpoint of such prominent authors as, Jean Rhys, Sam Sevlon, V.S. Naipual, and E.A. Markham is richly contrasted by contributions from French, Spanish, and Dutch writers like Alejo Carpentier, René Depestre, and Thea Doelwijt, while the new generation--represented by such writers as Edwidge Danticat and Patrick Chamoiseau--points the way forward for Caribbean writing into the twenty-first century. With his stimulating introduction, Brown provides an up-to-date overview of Caribbean writing. Exploring the literature's themes of history, race, social justice, identity, and migration, he traces its evolution from the gritty naturalism of the Anglophone tradition to the magical realism of the French and Spanish traditions to a body of contemporary pan-Caribbean literature that cannot be contained in any convenient linguistic, geographical, or thematic definition. Charting the shifting ideologies and styles of this century--from the flamboyant wit of Samuel Selvon to the deceptive simplicity of Jamaica Kincaid--The Oxford Book of Caribbean Short Stories delivers a wealth of satisfactions in a single volume with unprecedented range.