Solving the Mystery of the Darlwyne

The Forgotten Shipwreck is the true story of the boat which sank the day after England won the World Cup. It spans so many facets, from a village numbed, with whole families wiped out, to angry exchanges in the House of Commons and law courts. There is intrigue, chicanery, deceit, incompetence and greed. It had far-reaching ramifications and yet, for all that, the Darlwyne tragedy lacked an ending.

On Thursday 4 August 1966 the sea began to give up its dead. The relatives of twelve of the thirty-one people who had set out on a pleasure trip on 31 July could at least temper their grief to some small extent with the fact that their remains had been found. The loved ones of the other nineteen would have no such solace.

Some fifty years later a team of divers, archaeologists, filmmakers, photographers and wreck researchers set about to change that. By piecing together eyewitness accounts, news stories, court proceedings, weather reports and archive material, and by applying modern methods and underwater search techniques would they be able to succeed where the original search mission had been unable?

Could they unravel the mystery of complicated waters and pinpoint the final resting place of the Darlwyne? 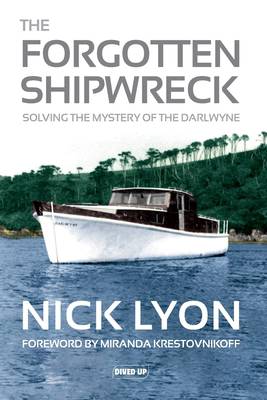