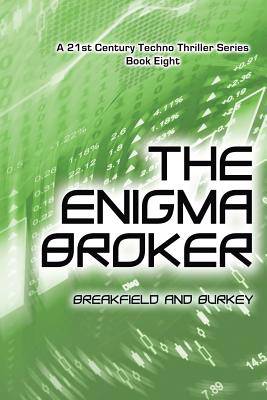 Inexplicable drops in world commodities markets are destabilizing nations to the point of economic collapse. A conspicuous increase in production numbers for primary oil producing companies results in a call for help from governments and a large oil distributor, ePetro.

The R-Group, Jacob and Petra, are quietly engaged by ePetro amid fears that further drops in commodity values could devastate multiple economies of first world countries.

Could the problem be a result of hacking by an unidentified dark matter organization?

The unidentified cyber terror organization is fierce and lethal when it comes to protecting itself and its plans made to take control of global commodity markets. The lieutenants of this agenda are quick to execute orders without question. Failure does not get a second chance with these enforcers.

Has this insidious cyber evil from the dark net become a challenge the R-Group simply cannot defeat?

The layers of conspiracy by the cruel dark matter organization supplies suspense and intrigue to the very end.

The Enigma Broker, the 8th book in The Enigma Series by the award-winning authors Breakfield and Burkey takes readers on a dangerous trek from the affluence of London to the extreme poverty of Argentina, the train yards of Fort Worth Texas, and places in between.

What Readers are saying:

Kirkus "...But the authors handle their players as skillfully as casino dealers handle cards, and the various subplots are consistently engaging."

"... somehow the author has a way of pulling you right smack dab into the story, freaking you out, and then tossing in a hilarious joke or one liner that helps ease the situation."

"I'm a big fan of conspiracy novels and books that make you think reading The Engima Broker, I felt as if I was part of the team, helping the uncover clues, a few times my hunches were right and other I was thrown a Technological curve ball."