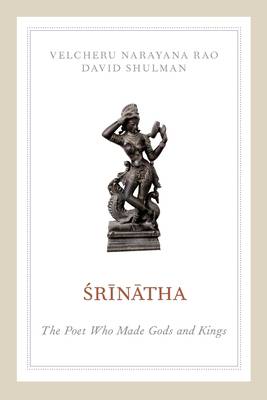 The Poet Who Made Gods and Kings

This groundbreaking cultural biography of Srinatha, arguably the most creative figure in the thousand-year history of Telugu literature., shows how the fourteenth- and fifteenth-century poet revolutionized the classical tradition and effectively created the classical genre of sustained, thematically focused, coherent large-scale compositions. Some of his works are proto-novellas: self-consciously fictional, focused on the development of characters, and endowed with compelling, fast-paced plots. Though entirely rooted in the cultural world of medieval south India, Srinatha is a poet of universal resonance and relevance. Narayana Rao and Shulman provide extended translations of Srinatha's major works and show how the poet bridged gaps between oral (improvised) poetry and fixed literary works; between Telugu and the classical, pan-Indian language of Sanskrit; and between local and trans-local cultural contexts. This wide-ranging and perceptive study reveals Srinatha place in a great
classical tradition in a moment of profound cultural transformation.