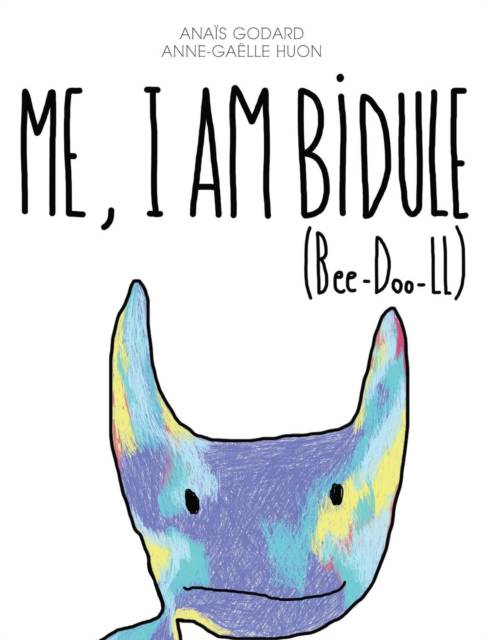 Me, I am Bidule

Bidule is not pretty. He would like to play with other kids, but he can't because he is a MONSTER. So he is sad. And when Bidule is sad, he gets hungry, and when he is hungry well... he eats.

Until one lonely day, when Bidule gets the idea to eat COLORS...

Me, I Am Bidule, is a tenderhearted tale about friendship and difference. A funny and touching adventure, illustrated with minimalistic and poetic drawings. Welcome to Bidule's monstrously funny and colorful world!

Bidule was born under Anaïs' pencil as a tribute to those who feel a bit different. Inspired by her little boys and the sorrow the news would fill her heart with, Anne-Gaëlle joined her to tell the story of this adorable monster.

Bidule aims at inspiring children so as to make them actors of a better tomorrow, inviting them to welcome the people from everywhere, and to be curious about the differences that life might bring to their door.

Anaïs & Anne-Gaëlle sincerely thank all the moms who joined the Bidule adventure, translating this story in tens of languages (french, spanish, italian, hungarian, german, hebrew, arabic, yiddish, and SO much more!) and thus giving this monster a chance to pursue his mission all over the world.

Anaïs is not only limited to illustrations and storytelling, she once won a bubble-gum championship at age 8.Born and raised in a small village in France, she talked to animals on her way to school and redistributed flowers equally in the town cemetery. Anaïs lives in L.A. and is the creator of ANAISMOODS.

Anne-Gaëlle is an unbeatable player at hide and seek, even if to do so she once had to jump in a cactus.Cheese lover born in the south of France, Anne-Gaëlle likes to make people happy and sometimes laughes a bit too loud. She lives in New-York where she writes books and carves pumpkins.

Anaïs and Anne-Gaëlle share a common passion for polka dots that even expresses in their nämes. They became friends at the age of 13 while giving silly names to their english teacher. They started a collection of pictures of Leonardo DiCaprio till they decided Bidule had much more sex-appeal. 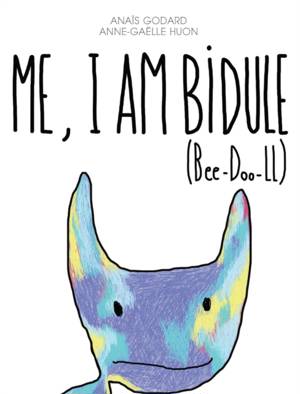