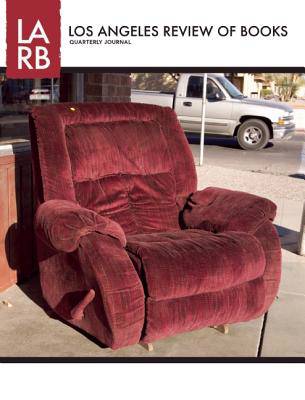 The Los Angeles Review of Books launched in April of 2011 as a humble Tumblr, with a 2600-word essay by Ben Ehrenreich entitled "The Death of the Book." The gesture was a bit tongue-in-cheek, but we meant it to be provocative, and to ask a genuine question: Was the book dying? Was the internet killing it? Or were we simply entering a new era, a new publishing ecosystem, where different media could coexist? Since then, we've been enormously gratified by the response that LARB has generated from readers, writers, academics, editors, publishers. We are a community of writers, critics, journalists, artists, filmmakers, and scholars dedicated to promoting and disseminating the best that is thought and written, with an enduring commitment to the intellectual rigor, the incisiveness, and the power of the written word.Today, we've created a new institution for writers and readers that is unlike anything else on the web. Our new LARB Quarterly Journal reflects the best that this institution has to bring to readers all over the world. One question these people have continually asked us, though, is: When are you going to put out a print edition? Even though we've been (and remain) committed to the internet as both a space of conversation and a place of commerce, we've always wanted to have something physical, tangible, to be able to show for our work. We never really believed that books would die, or magazines either. The LARB website currently publishes a minimum of two rigorously edited pieces a day, and we've cultivated a stable of regular contributors, both eminent (Jane Smiley, Mike Davis, Jonathan Lethem) and emerging (Jenny Hendrix, Colin Dickey, Rachel Kaadzi Ghansah). We've found our way to a certain tone that readers expect and enjoy: looser and more eclectic than our namesakes the New York and London Review of Books, grounded in literature but open to all varieties of cultural experience, far from the New York publishing hothouse atmosphere but not myopically focused on L.A. either. The new LARB print quarterly will build on the best aspects of the current website. As we do now, we'll publish book reviews that strive to do something more than recommend or discourage a purchase; we're most interested in pieces that push the form of the book review into other genres, such as memoir, polemic, or short story. We are excited to explore the possibilities of this new format, and feel confident that the audience we've attracted over the past two years on the web will follow us. We know that our peers at Harper's, Bookforum, n+1, The Believer, and the New York and London Review of Books -- all of whom have expressed support and goodwill for this latest venture -- welcome a new voice from the West, as will subscribers. The long form literary and cultural arts review is alive and well, and now, has a new home in Los Angeles. 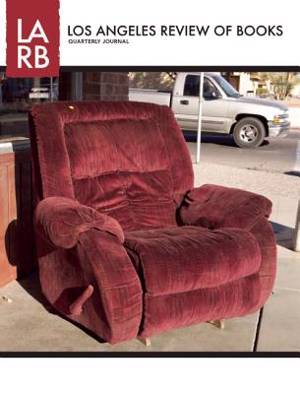