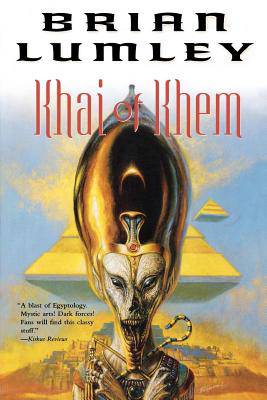 From ancient Egypt to modern England,
a man searches for the woman he loves
and the man who betrayed them both!

Khai begins life in ancient Egypt as the son of Pharaoh Khasathut's chief architect. Believing Pharaoh to be a god, Khai is stunned to learn that his leader's chief desires are to deflower young virgins and achieve eternal life through the powers of his black magicians. Khai dares to raise a hand to Pharaoh and is condemned to be a slave.
Escaping, Khai flees to neighboring Kush where he earns the rank of general in the army of Queen Ashtarta . . . and a place in Ashtarta's bed. But Khai is betrayed by his best friend and Khasathut's evil magicians send his soul winging centuries into the future.
In modern England, Khai searches for the reincarnated souls of his lover and his betrayer. Khai is amazed by the modern world--television, air conditioning, and especially guns, bombs, and other weapons.
Returned to his own time, Khai uses the technologies he saw in the future to rewrite the past. But can he and Ashtarta prevent Khasathut from attaining immortality and using newly-gained alien powers to destroy all of Khem and Kush?
Like the Necroscope novels, Khai of Khem is packed with fast-paced action, hair's-breadth escapes, all-consuming love, endless horror, and, in the person of Khai himself, quick wits and bravery in the teeth of danger.