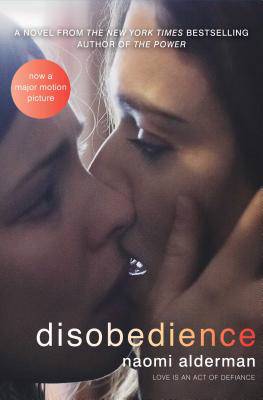 *NOW A MAJOR MOTION PICTURE, STARRING RACHEL WEISZ AND RACHEL MCADAMS *AUTHOR OF ONE OF PRESIDENT OBAMA'S FAVORITE READS OF 2017 From the New York Times bestselling author of The Power comes a novel about a young woman who must return home in the wake of her father's death and confront the tight-knit Orthodox community that she ran away from--reigniting the old flames of forbidden love. When a young photographer living in New York learns that her estranged father, a well-respected rabbi, has died, she can no longer run away from the truth, and soon sets out for the Orthodox Jewish community in London where she grew up. Back for the first time in years, Ronit can feel the disapproving eyes of the community. Especially those of her beloved cousin, Dovid, her father's favorite student and now an admired rabbi himself, and Esti, who was once her only ally in youthful rebelliousness. Now Esti is married to Dovid, and Ronit is shocked by how different they both seem, and how much greater the gulf between them is. But when old flames reignite and the shocking truth about Ronit and Esti's relationship is revealed, the past and present converge in this award-winning and critically acclaimed novel about the universality of love and faith, and the strength and sacrifice it takes to fight for what you believe in--even when it means disobedience.