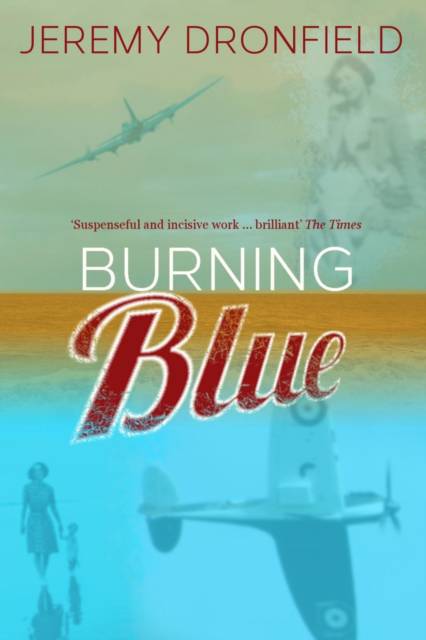 In his darker moments, Martin Rosenthal can't help but compare the trajectory of his life with that of his grandfather, Frank. On the one hand, school, A-levels, going to university. On the other, a fighter pilot in the Battle of Britain - an American adventurer who crossed the world to volunteer in a foreign war. Frank went down in a final blaze of glory, leaving behind a mythical legacy that has burdened the lives of his son and grandson. For Martin, his own earth-bound existence seems like a scale-model of the real thing, his obsession with aeroplanes a pale attempt to live out Frank's adventures. But everything is about to change. First the enigmatic Chrisantha introduces Martin to the weightless pleasure and crashing pain of love, then her brother Rupert involves him in a break-in at the university lab, searching for evidence of a secret weapons project. Suddenly Martin's life is spiralling out of control, leading him into a dangerous labyrinth of truth, lies and illusions - with the ghost of Frank lurking at the centre. 'Suspenseful and incisive work ... brilliant'
The Times 'His plots rival Iain Banks'
Mirror 'A page-turning thriller that combines a storyteller's gift with intellectually brilliant invention'
Publishing News 'From the start Dronfield holds your attention with his fluent prose and a fine descriptive eye... A good storyteller he keeps the attention through what would otherwise be a long book... it builds to an amazing conclusion... Comparisons with Iain Banks abound - fairly - and... I'd mention William Boyd and Rupert Thompson as examples of books which can hold a story so well with more than a few hidden depths'
Crime Time 'Jeremy Dronfield has the ability to put himself in the time and place he wishes to depict, grasping at the skeins of memory and experience... He grabs you by the collar with his first five words... a sentence crackling with suspense... and leads you through more than 600 pages of stylish and gripping prose'
South Wales Argus