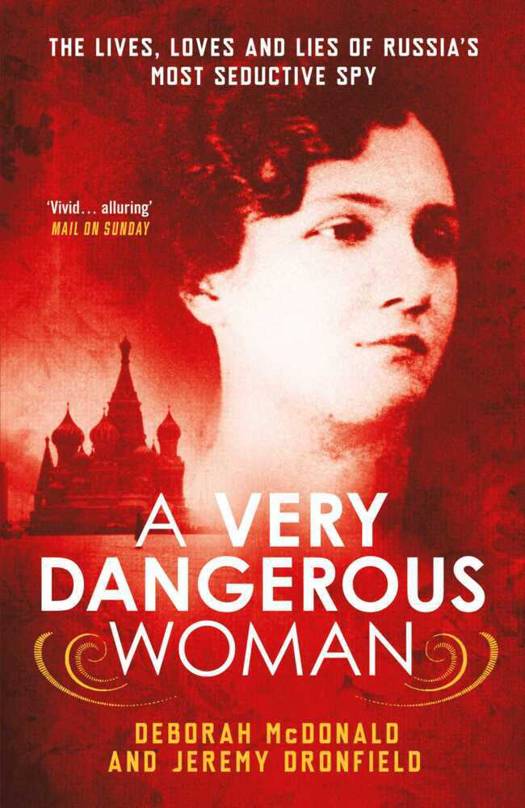 The Lives, Loves and Lies of Russia's Most Seductive Spy

Moura Budberg: spy, adventurer, charismatic seductress and mistress of two of the century's greatest writers, the Russian aristocrat Baroness Moura Budberg was born in 1892 to indulgence, pleasure and selfishness. But after she met the British diplomat and secret agent Robert Bruce Lockhart, she sacrificed everything for love, only to be betrayed. When Lockhart arrived in Revolutionary Russia in 1918, his official mission was Britain's envoy to the new Bolshevik government, yet his real assignment was to create a network of agents and plot the downfall of Lenin. Lockhart soon got to know Moura and they began a passionate affair, even though Moura was spying on him for the Bolsheviks. But when Lockhart's plot unravelled, she would forsake everything in an attempt to protect him from Lenin's secret police. Fleeing to a life of exile in England and taking a string of new lovers, including Maxim Gorky and H. G. Wells, Moura later spied for Stalin and for Britain amidst the web of scandal surrounding the Cambridge spies. Through all this she clung to the hope that Lockhart would finally return to her. Grippingly narrated, this is the first biography of Moura Budberg to use the full range of previously unexamined letters, diaries and documents. An incredible true story of passion, espionage and double crossing that encircled the globe, A Very Dangerous Woman brings her extraordinary world vividly to life with dramatic resonances to rival the most sensational novel.